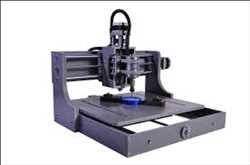 “Following the correct answer for the procession of the idol of Chamundeshwari from Chamundi Hill to Mysuru Palace for Jamboo Savari, it will now continue. As many artists as possible have had the opportunity in Dasara events to encourage talents local even if the number of events and their duration were shortened as a result of the Covid crisis, “he told reporters.

“Separate meetings will be chaired by Chief Minister Bommai after November 1 on tourism development in the region, establishment of Film City and expansion of Mysuru airport. We urged the CM to consider these issues and he gave his assurance, ”he said. noted.

He said he had asked authorities from the Mysuru Urban Development Authority (MUDA) to exhibit their Jamboo Savari painting on group housing, across town over the next 10 days to publicize the project and also to study the housing needs of Mysuru.

MP GT Devegowda urged the Minister to convince the CM to constitute a permanent authority of Dasara with a panel of experts for the organized planning and execution of the annual Dasara celebrations.

MP Pratap Simha said: “The Detailed Project Report (DPR) for the Comprehensive Development of Chamundi Hill as part of the Union Government Rejuvenation and Spirituality Raising Campaign (PRASAD) by the Infrastructure Development Corporation (Karnataka) Limited (iDeCK) has been repeatedly rejected since 2017 and a private agency will soon prepare a DPR. The new DPR will be submitted to the Union government.